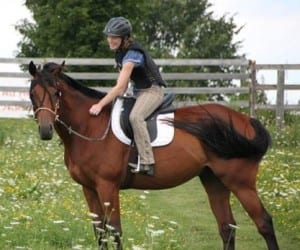 Breed: Thoroughbred (G317446, by Whiskey Wisdon out of Ascot Affair). Registered name is Full of Wisdom.

What He Likes: Jumping, he goes over pretty much anything

What Lindsey Says: “Sabio is a nice addition to PHH for our students that want to take jumping into the competition ring and want a horse that has the potential to take them high.”

Sabio was purchased by a student of Lindsey’s to be her jumping horse. After a few years of lessons and jumping, she decided to t

rade horses with Lindsey with Rolo because she wanted a horse that could go out trail riding alone and enjoys swimming. Sabio likes to trail ride but he isn’t a fan of going alone so Rolo is a better fit for her.

Lindsey brought him home in September of 2014 and rode him the same night. He was lovely for ground work and riding and very willing over fences including a barrel jump!

Sabio has quickly proven himself as an amazing addition to the PHH family. Several students fell in love with him and he now has a part boarder that is competing in jumpers with him. He has also been fantastic taking out on the trails and going for gallops in the big fields, but also being a calm leader on the trails too. He has an incredible canter that is so balanced and lovely.

He continued to show in jumpers and some hunters in 2015 with his student Cailey, as well as a couple jumper shows with Lindsey. Lindsey also rode him with Beth Underhill at the CamAm show.

Sabio is an amazing lesson horse, extremely honest and steady to the jumps, very forgiving, and he also does awesome at obstacles. Franny even competed him in Extreme Cowboy Racing in 2016. 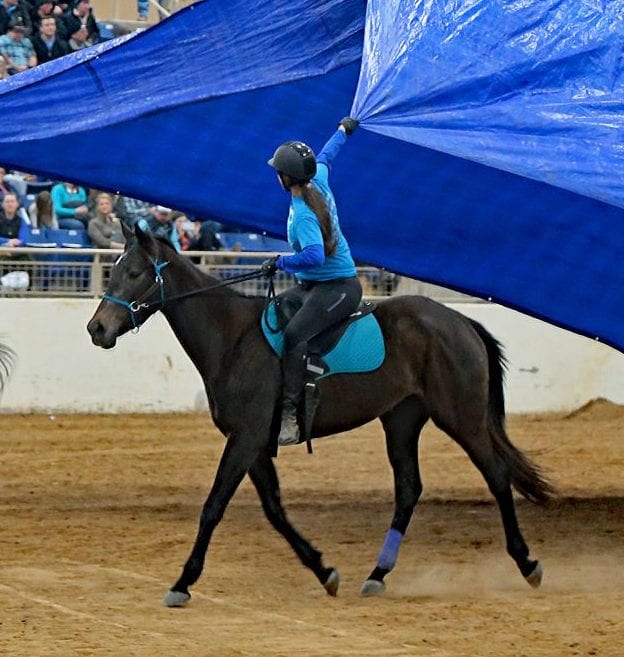